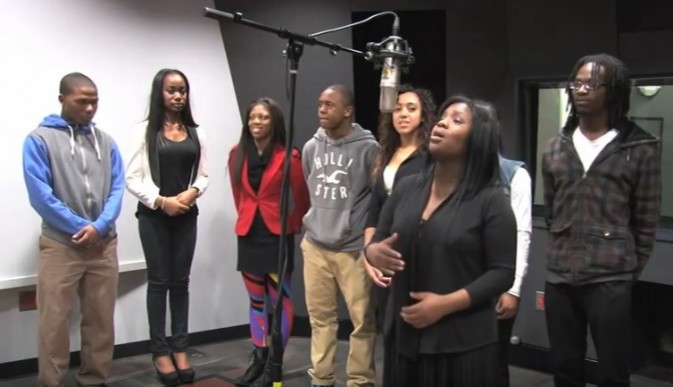 The paradox of the Obama presidency, CNN recently pointed out, is that it has exposed a more deeply ingrained and widespread racism in America than many realized existed. It’s all very succinctly encapsulated in the Donald Trump pitch “Make America great again,” which of course is code for “Make America white again.” That’s why I was a little nauseated on Saturday night when, during the seventh-inning stretch of the A’s game at Oakland Coliseum, the crowd stood, yet again, on Independence Day weekend, surrounded by Xfinity and Chevron ads, for the old warhorse “God Bless America.”

I didn’t stand. I didn’t take my hat off and put it over my heart like almost everyone around me did. “God Bless America” is not the national anthem. In fact, Kate Smith’s bombastic version of Irving Berlin’s sanctimonious flag-waver so pissed off Woody Guthrie — who’d spent much of the 1930s traveling the country and seen plenty of prejudice and violence against working people and people of color — that he wrote a more humble answer song for the poor and disenfranchised, “This Land is Your Land.”  Woody was well aware that God wasn’t blessing all of America, and in his song he told of the rainbow of forgotten Americans:

“By the relief office, I saw my people

If God blessed America for me.”

There’s another song that’s even more appropriate for Independence Day in 2016. That song is “Lift Every Voice and Sing” — the Black National Anthem — arranged, produced, and performed in this remarkable video by a group of talented Nashville high school students.

Written as a poem in 1900 by African-American high school principal James Weldon Johnson, the song has been performed over the past century-plus by numerous artists, from Ray Charles to an all-star group fronted by Al Green and Deniece Williams. In 2011, the writer Touré suggested in Time magazine that “Lift Every Voice and Sing” should be replaced by Marvin Gaye’s “Trouble Man” as the Black National Anthem. I suggest that we first replace the official national anthem with “Lift Every Voice and Sing,” since so many white folks have already replaced it with “God Bless America.”

The words to “Lift Every Voice and Sing” speak to all Americans, because not one of us — not even the wealthiest of the 1 percent — has lived a life without some “dark past” that keeps us in shackles. When politicians — whether Trump or Hillary Clinton — use tough, finger-pointing words, they’re just offering salves intended to ease our collective national guilt and shame. Fear and hatred are walls built up to keep ourselves in a protective denial; a belief that we are somehow above others, different from others, better than others.

God bless America! How arrogant. How un-Christian. Why would any God single out for special blessings a 240-year-old country founded by people who stole land, slaughtered cultures, enslaved people from other countries? And why should we expect this God to continue blessing a country bent on committing atrocities on the descendants of those slaves, and kicking out hundreds of thousands of people of Mexican descent who have come here simply because they want better lives for their families? God shouldn’t bless us. God should have mercy on us.

There’s plenty that’s great about American ideals of freedom and equality, but there should be no blessings for a country still deep in denial about whom should be free and equal. Making “Lift Every Voice and Sing” our national anthem would be a small place to start chipping away at that denial. If we really believe our Declaration of Independence — what Martin Luther King Jr. called America’s “promissory note” to us immigrants of all colors, all nationalities, all faiths, and all income levels — we should be lifting every voice, not just white voices in fake neighborhoods walled off from the realities of the world. Trump followers are angry because those walls already are tumbling down. But isn’t the tearing down of walls what our forefathers declared (whether or not they really meant it) when they wrote that “all men are created equal”?

What the current racial climate has vividly shown us is that we’ve never come close to reaching the ideals set forth in the Declaration of Independence. And in a country that’s ruled more and more by corporations that don’t care about any of us, the future looks bleak if we continue fighting against each other rather than fighting together. But there’s always hope, even in a time when we’ve seen so much bitter hatred from the right towards the poor, the disenfranchised, and particularly towards people of color. So let’s make the Black National Anthem our official national anthem — and stop glorifying bombs bursting in the air and pretending that God will bless us just because we’re Americans.

Lift Ev’ry Voice and Sing from KLRU-TV on Vimeo.